St Patrick’s Day is a worldwide celebration of green, Guinness, parades and Shamrocks. It’s easy to get swept up in the fun, but why is it celebrated worldwide?

St Patrick’s day is dedicated to the patron saint and national apostle of Ireland, Saint Patrick. In 5th century Britain, he was kidnapped by Irish marauders and taken as a slave to tend to sheep when he was a young lad. He managed to get back to England where he received a vision from God that instructed him to return and help the people of Ireland.

He took vows as a priest, changed his name to Patrick and headed back to Ireland in 432 AD to help spread Christianity to the Irish. He spread the Christian teachings to the people and used the Shamrock to explain the Holy Trinity to his followers. Legend has it that he drove all the snakes out of Ireland. As it’s very unlikely that Ireland ever had snakes, it is believed to be a metaphor of Saint Patrick driving out Paganism of the country. 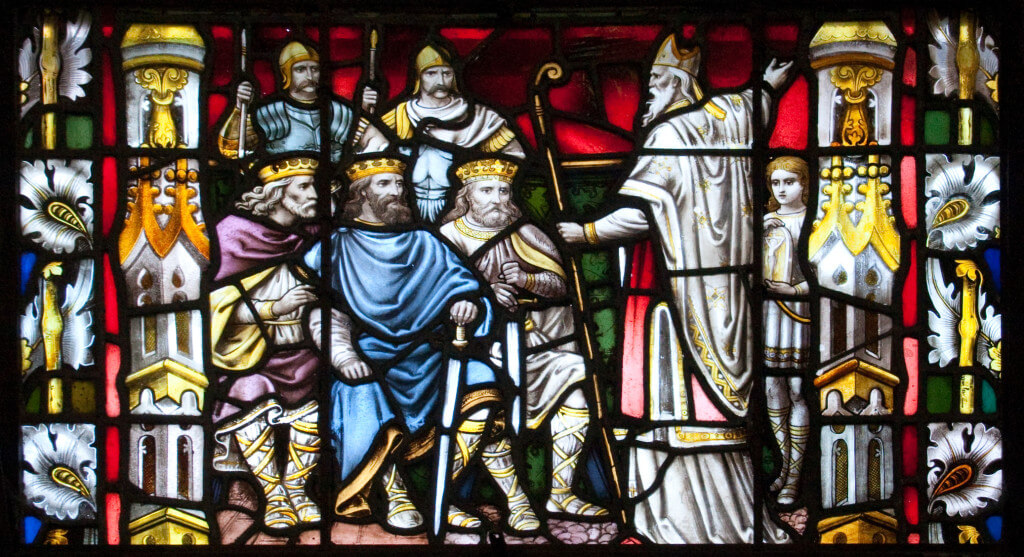 Saint Patrick died on 17th March 461 AD and his death is still celebrated today to honour his memory. The day signifies a lovely first sign of Spring and a farewell to the bitter Winter, making it a jolly event for all! Who doesn’t love it when the weather warms up?

This day was traditionally marked as a holy day and all shops used to shut in Ireland to allow the Irish to attend Church services. As it occurs during Lent, the feast of Saint Patrick’s allowed people to have a day’s break from the Lent restrictions. They would mark the day with a few pints of ales, which is still very much done in today’s modern celebrations.

In the 19th Century, the awful potato famine struck Ireland and caused many to starve in their own homes. This caused a large amount of Irish expats to leave their green country and head to far off lands, such as, Canada, Australia and America. The Irish settled there and brought their customs and celebrations with them. 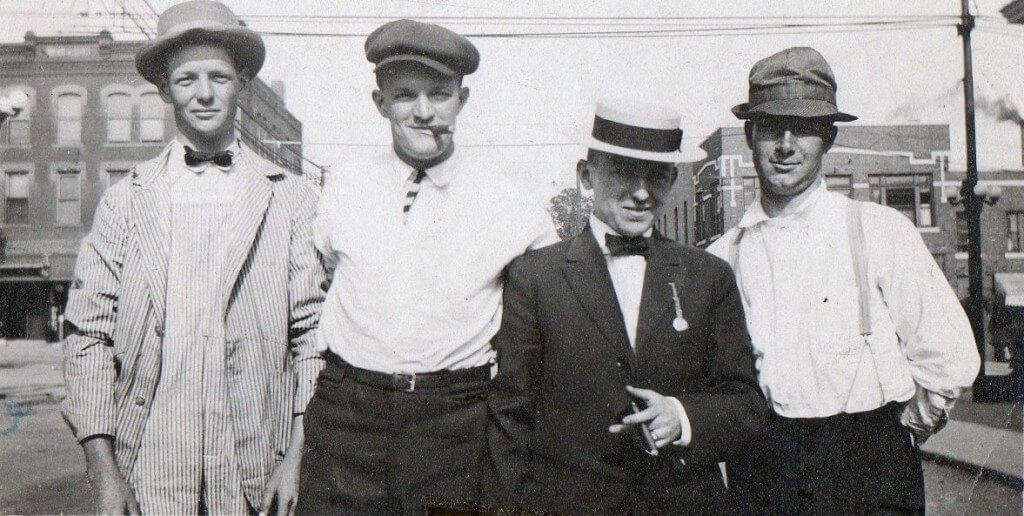 So now you’re up-to-date on the history behind St Patrick’s Day and why celebrations occur worldwide, but how can you celebrate this special day of Irish tradition?

1. Wear green and sport a Shamrock:

As the Shamrock is tightly connected to Saint Patrick and his teachings, it is now widely used to represent Ireland. The Irish used to wear Shamrocks to signify Irish Christian pride and it soon transformed into wearing green to celebrate the day!

Although Shamrocks don’t actually exist, they are closely linked to clovers due to the similarities to the leaves hence many use clovers in decoration and face paint on the day. 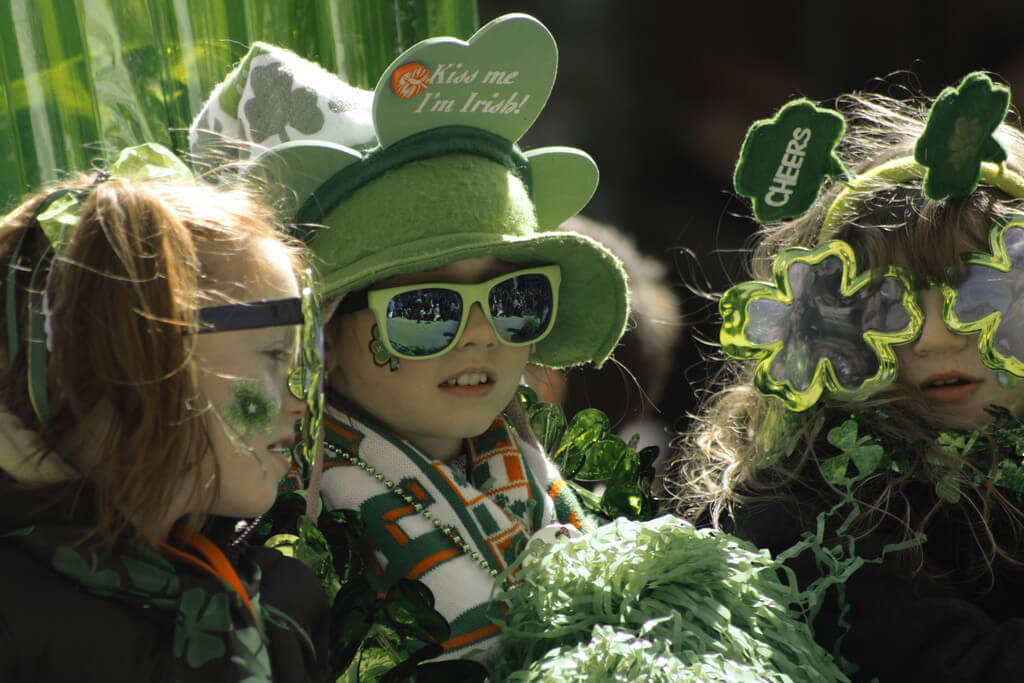 The traditional Irish meal for St Patrick’s day was boiled bacon, potatoes and soda bread, but now there are various dishes that are enjoyed to honour the day! The Irish expats in America saw beef being used instead of bacon as it was cheaper. They would tenderise it with brine (corned beef) and slow cook it with cabbage.

Of course, there are a wide range of dishes that are now eaten to celebrate, including Irish Beef Stew, Irish Boxty and Dublin Coddle.

The first colonial American celebration of St Patrick’s Day was in 1737 in Boston. Now it is celebrated all over the states and New York’s 5th Avenue parade is the largest and rowdiest St Paddy’s parades! It’s been going for more than 250 years and is incredibly popular; 150,000 – 250,000 marchers attend!

As the Irish spread around the world during the potato famine, you’ll never be far from an Irish pub! from Melbourne to Rio, you’ll find an Irish watering hole where they hopefully serve the Irish drink, Guinness. This Irish dry stout originated from Dublin and is considered to be the traditional alcoholic beverage of Ireland! 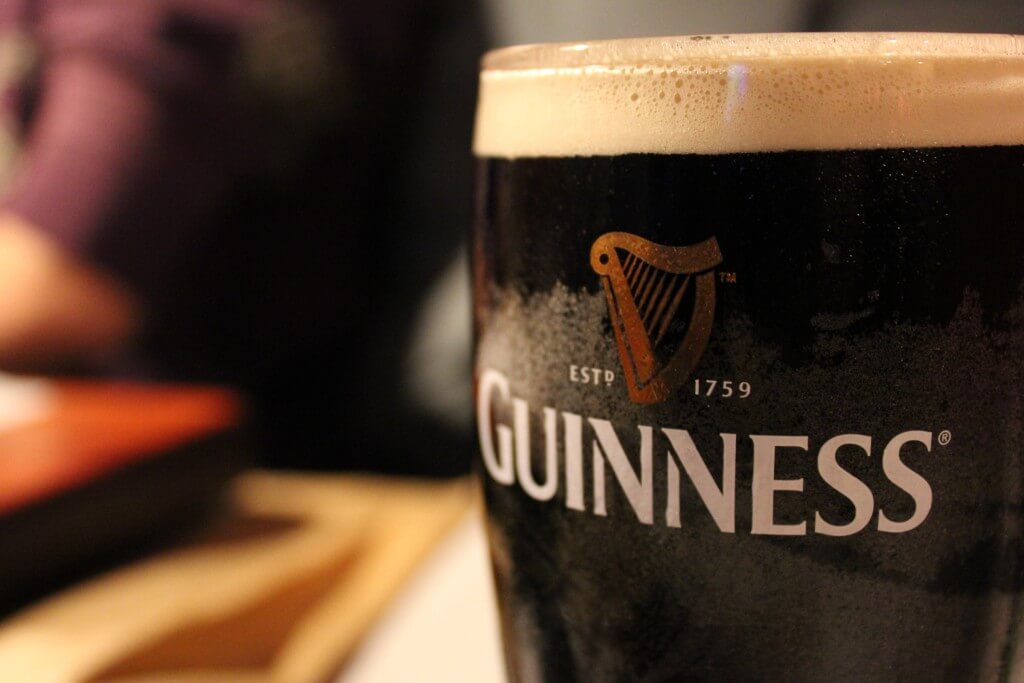 If you don’t fancy toasting with a pint of the black stuff, why not try cooking with it? In the BCS kitchen, we tried out an Ox and Guinness Pie which was bloomin’ delicious!

If you’re feeling particularly experimental and in the need of some delicious green themed foods, then why not try a touch of baking? The traditional coloured cakes will be quite garish but fun to make!

We absolutely love the following recipes – try them out and send us a photo if they’re a success! 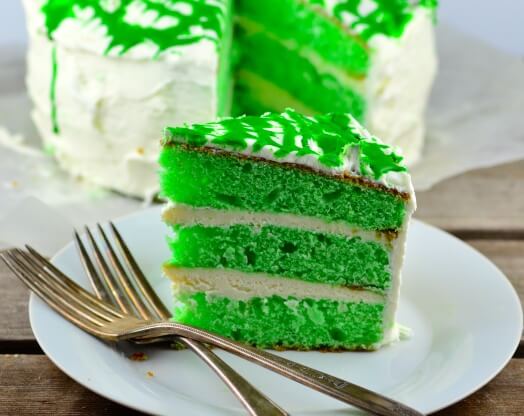 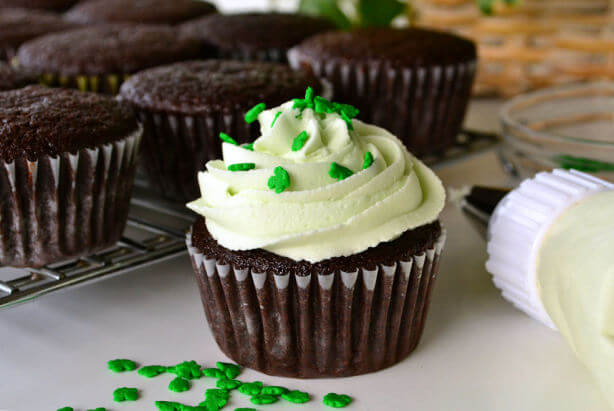 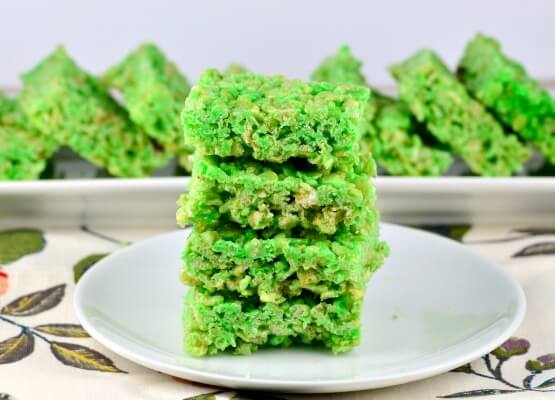 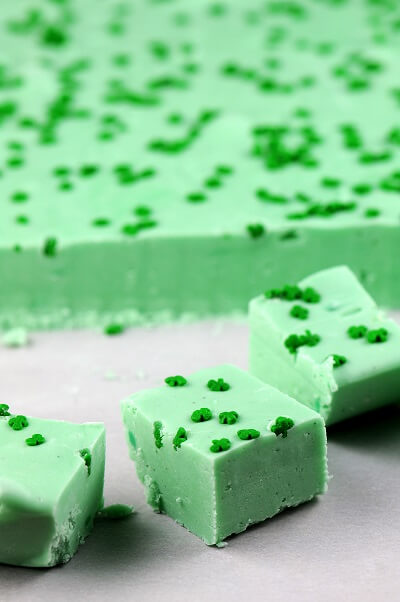 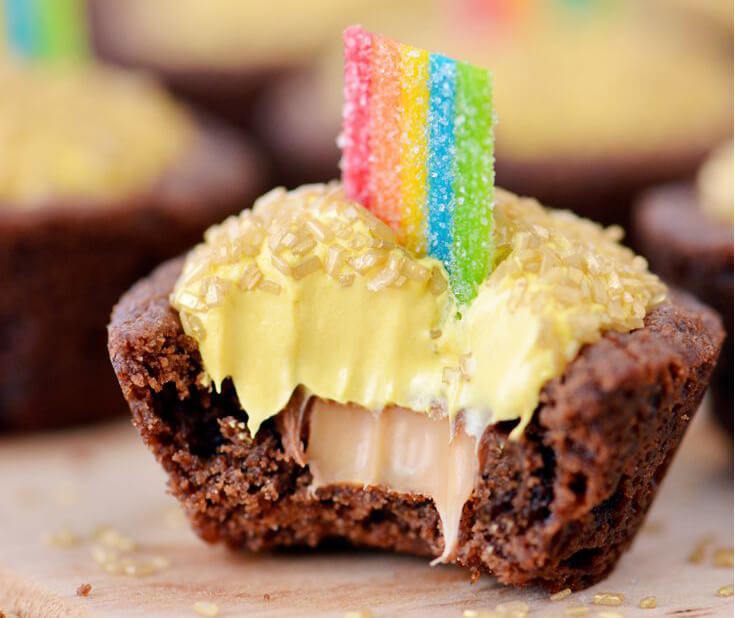 Do check out our Irish Corner at British Corner Shop! Have a lovely time and be sure to remember why St Patrick’s Day is celebrated worldwide!

How will you be celebrating the day?