New Year’s Eve is a time to raise a glass and toast the year that’s just ended, and welcome the new one that’s just beginning. But when the clock strikes midnight on 31st December, where will you be? check out our favourite places below for the top five places in the world to spend New Years Eve and celebrate in style! If you have yet to decide where you’ll be spending New Year’s Eve this year and fancy jetting off somewhere special, you may soon buy a flight.

Pack your party frocks, get your streamers ready; these places are bound to get you feeling the exciting atmosphere of a new year!

Hogmanay is the Scot’s new year celebrations, and no one celebrates the start of a new year quite like the Scottish! The Scottish tradition for the end of the year is a world famous three day festival and street party in Edinburgh. It features live music, traditional Ceilidh dancing and other entertainment – there’s something for all ages to enjoy!

But of course, the highlight has got to be seeing the enormous crowd of people linking arms at midnight and singing “Auld Lang Syne”; Robert Burns’ famous poem that is traditionally sung on New Year’s Eve. 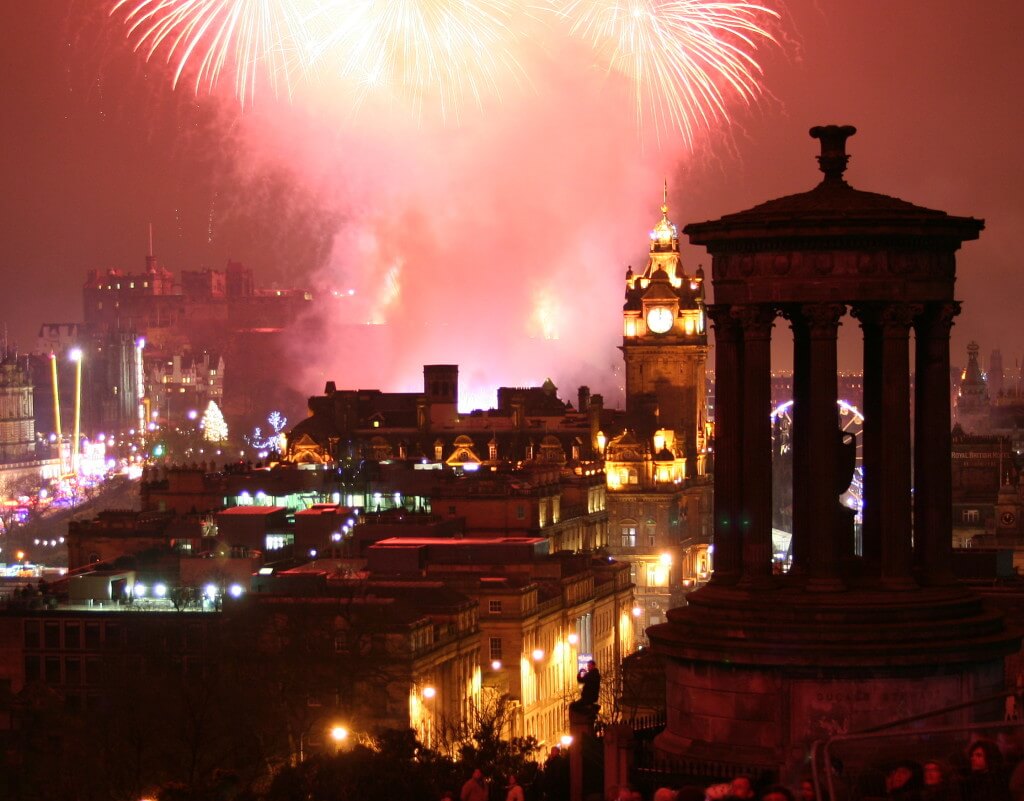 Since 1907 the New Year’s Eve ball drop celebration in New York’s Times Square has been an annual tradition that is not to be missed. As the clock gets ready to strike 12 and the countdown begins, the illuminated ball (which is made of 2,688 Waterford Crystal triangles) starts to make its descent on top of One Times Square.

This free event is always popular and it’s usually attended by over 1 million people. It features entertainment by the biggest music acts to keep the crowd occupied before the main event. If you fancy going, make sure you wrap up warm as the average temperature in New York tends to be around 1°C at this time of year! 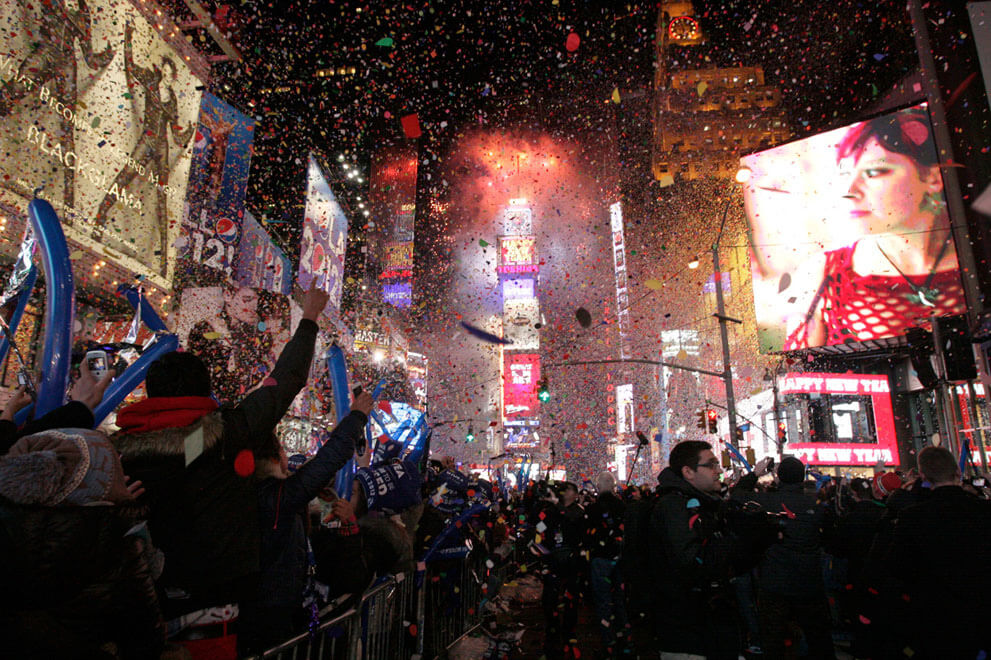 Sydney is one of the first places in the world to welcome in the New Year due to its time zone – boy, they certainly know how to mark the occasion! The harbour area is brought to life with over 50 illuminated boats, and the iconic image of the Harbour Bridge and Opera House being lit up by the spectacular fireworks display is truly breathtaking! Why not get the best view in the house and watch the display from a roof-top bar or whilst cruising the harbour itself? 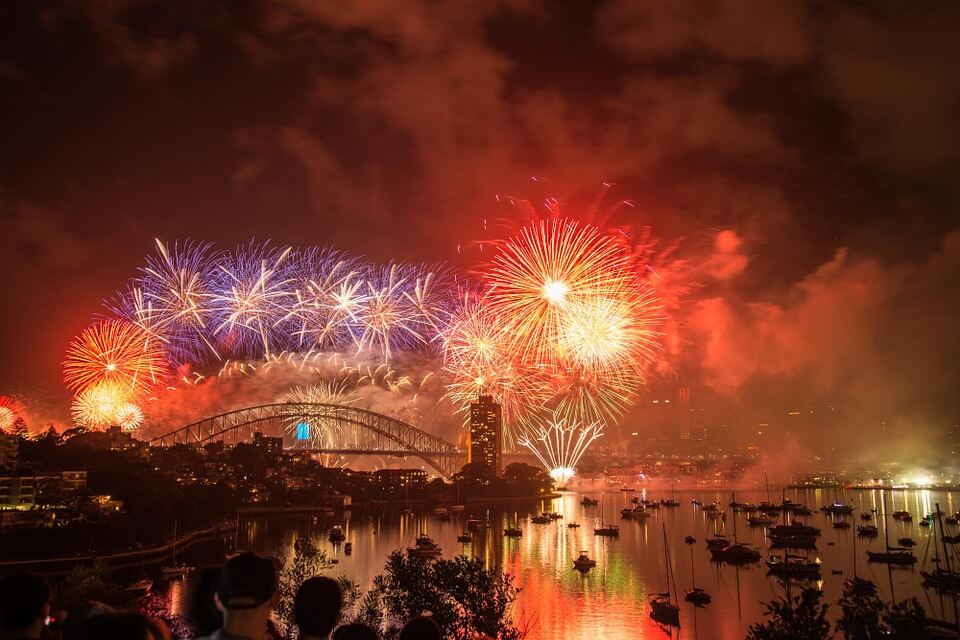 Speaking of fireworks, Reykjavik in Iceland also welcomes in the New Year with a bang – however, as there are no official fireworks displays… it is up to the 200,000 people of the city to organise the pyrotechnics themselves! The end result is a fantastic display that you have to see to believe it. Icelanders love to celebrate and after midnight, pubs and clubs stay open late into the night to keep the party going! 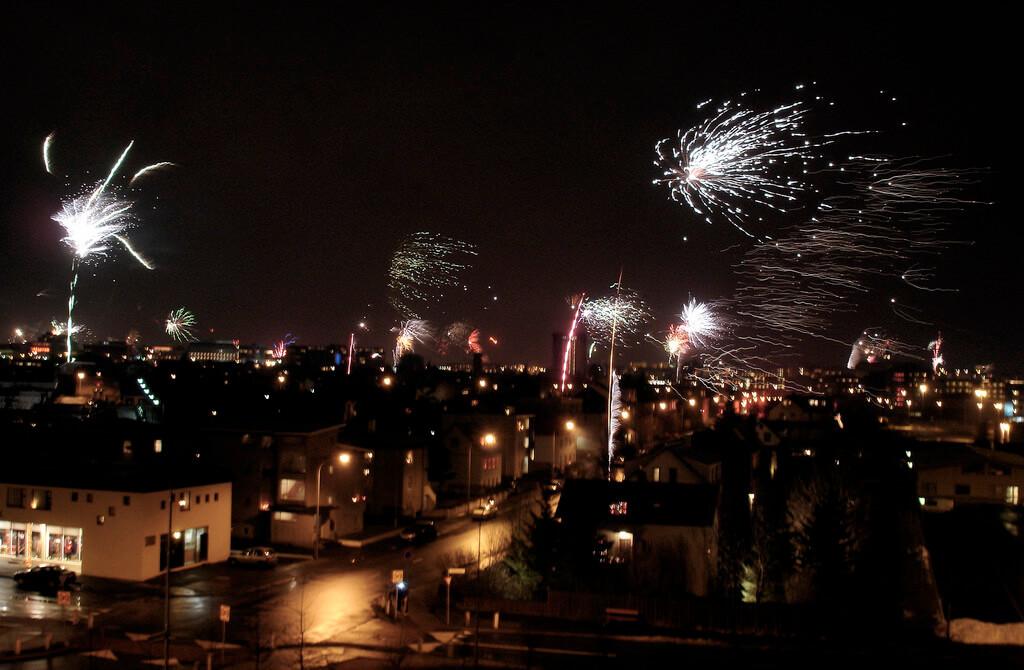 If you fancy travelling somewhere a bit more exotic, how about spending your eve on the famous Copacabana beach in Rio de Janeiro? It truly is one of the most fantastically exciting places in the world to spend New Years Eve.

Complete with the carnival atmosphere the city is renowned for, this celebration is unlike any other. With your traditional Caipirinha cocktail in hand it’s time to let your hair down, dance along to one of the many live music shows and celebrate on the sand! And don’t forget to wear something white, as Brazilians believe it brings good luck for the coming year! 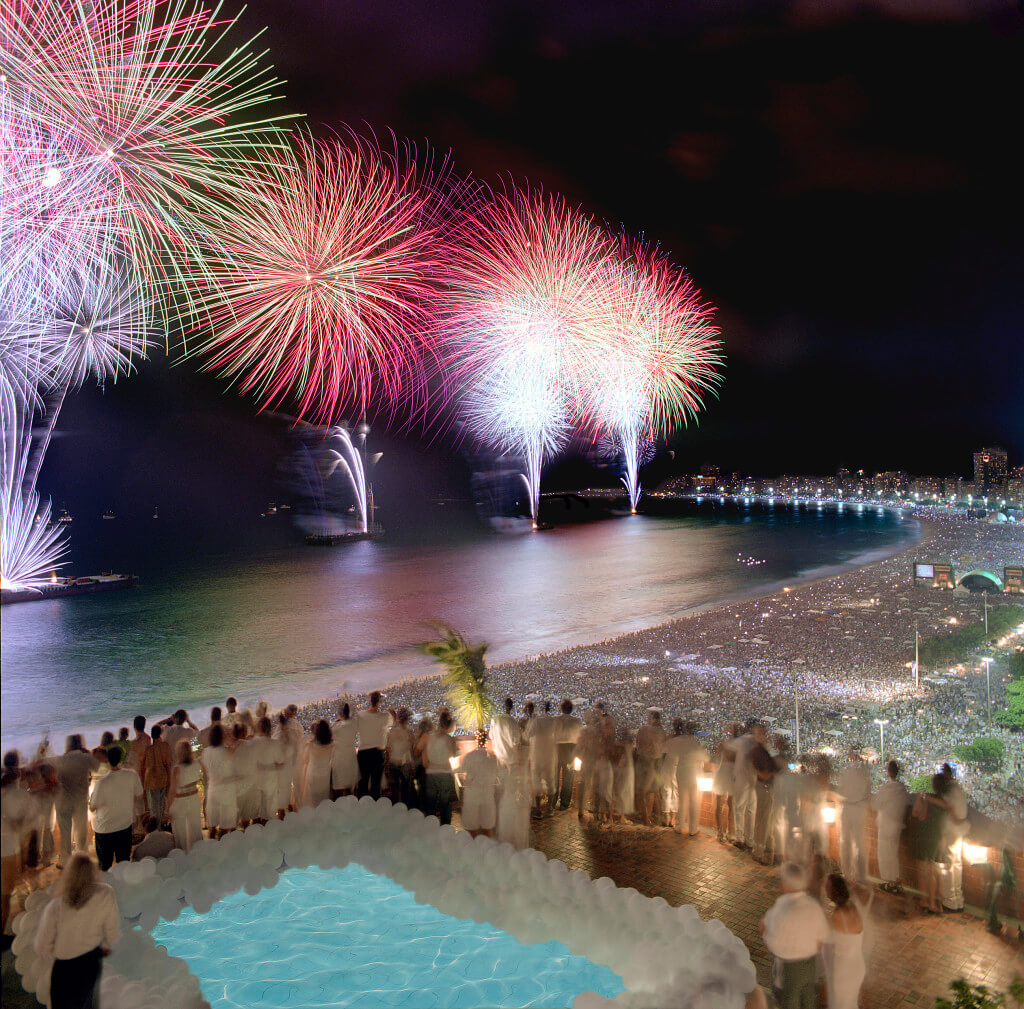 Do you have any suggestions for places to spend New Year’s Eve this year? We’d love to hear them!

By Keri Beckingham for British Corner Shop. You can find her on her Bristol blog Brizzle Kez Says and on Twitter: @keribeckingham