This week is National Biscuit Week so, of course, we couldn’t let this occasion pass without enjoying a biscuit (or ten)

This week is National Biscuit Week so, of course, we couldn’t let this occasion pass without enjoying a biscuit (or ten). We Brits love a good biscuit – they are after all the perfect accompaniment to our beloved cuppa – so we wanted to pay homage to Britain’s favourite biscuits with a list of our top 10 favourite biscuits. 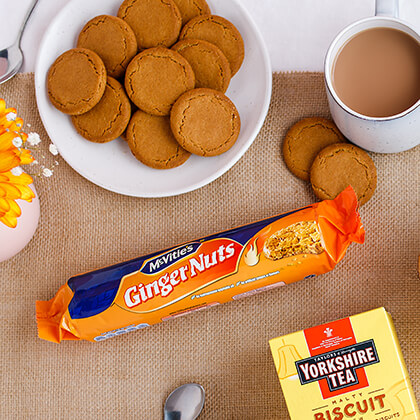 As you might expect from their name, the main flavour in a Ginger Nut is, you guessed it, ginger. These deliciously punchy biscuits are ideal for dunking in a brew as these hardy biscuits are very crunchy – so it’s a lot less likely that half of your biscuit will go crumbling into your cuppa like it can with others (*ahem* Rich Tea  we’re looking at you). Ginger Nuts (or Snaps as they are otherwise known as) have been around for donkey’s years from a number of different brands, but the most popular offering in the UK comes from McVities. 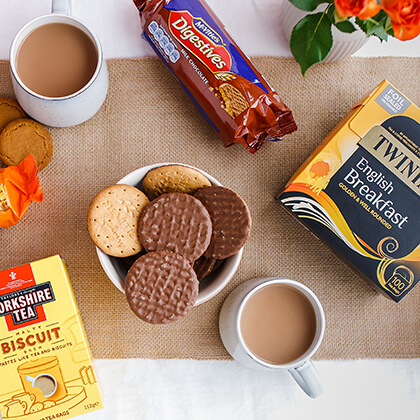 The concept of a digestive biscuit was invented in 1839 and earned its name as it was literally designed to aid with digestion. Biscuits as medicine? Sign us up! More than 50 years on, in 1892, McVities created the iconic Digestive that we know and love today. In 1925 they realised that the humble digestive could be so much more, and they decided to add chocolate to the equation. Nowadays there are tonnes of Digestives to choose from, but the Chocolate Digestive is, to this day, the number one selling biscuit in the UK. 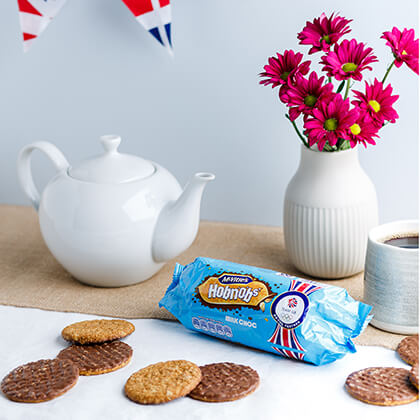 Yet another entry on our list from the biscuit titans McVities, are the delightfully nobbly Hobnobs. Unlike other biscuits, Hobnobs stand out due to the fact that they contain oats as well as the more traditional wheat flour that is used by most others. Invented in 1985 these biscuits were a smash hit, which quickly led to the creation of other Hobnobs – such as the now even more popular Chocolate Hobnob. One great thing about the original recipe is that they are suitable for vegans! We also love the Hobnob flapjacks range! 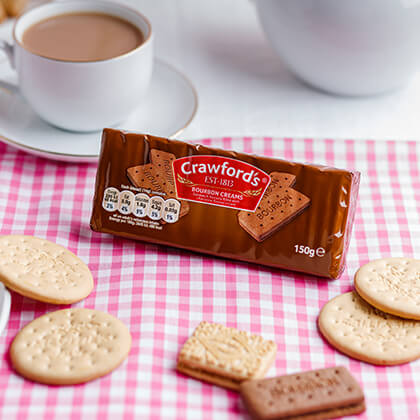 Having been around since the 1900’s, Bourbon biscuits are a classic addition that you are likely to see in any biscuit tin. They can best be described as a sandwich biscuit, as they consist of two rectangular dark chocolate flavoured biscuits with a chocolate buttercream filling in the middle.

In case you’re in any doubt over what type of biscuit you’re eating they have the word Bourbon written on the biscuit itself. We’re not sure where this idea came from but it seems to be mostly relegated to more vintage biscuits (Custard Creams, Rich Teas, Digestives, and Bourbons) than any newer ones. 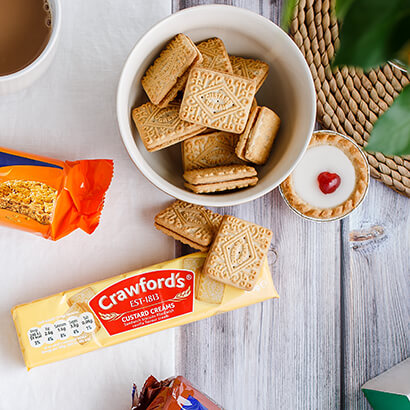 To us, Custard Creams are the Yin to Bourbons Yang. Much like the Bourbon, Custard Creams are also a sandwich biscuit with a buttercream filling, they’ve been around since the 1900’s, and they too have their name written on them. However, again rather obviously, the main difference is that the flavour is not chocolate, but (of course) custard. We definitely think you cannot have one without the other in your biscuit tin. 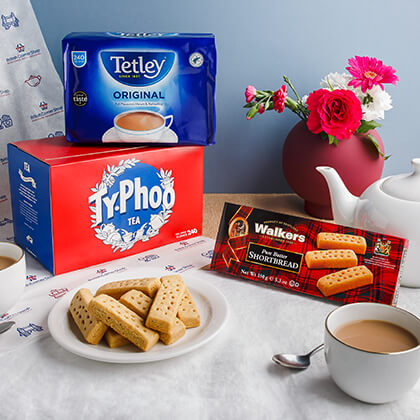 The oldest biscuit by far on our list is the iconic Shortbread. While it may possibly date back as early as the 12th century, it is most widely accepted to come from Mary Queen of Scots in the 16th century. The deliciously crumbly and buttery Shortbread is thought to have got its name from the baking term ‘shortening’. Shortbread is such a popular biscuit choice that it has become synonymous with Scotland, and you will often see Scottish themed images and tartan on its packaging. 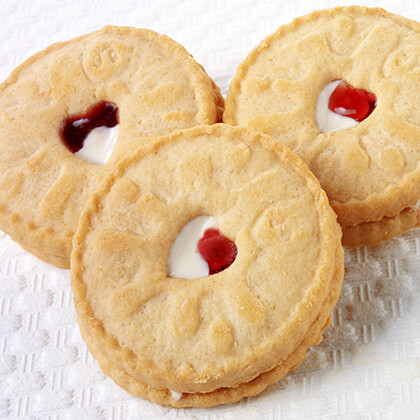 Jammie Dodgers are yet another sandwich style biscuit and have been on our shelves for over 60 years. The shortcake biscuits contain a “splat of Jammie” (raspberry Jam) filling. While we may think of these biscuits nostalgically as something we enjoyed as kids, according to their creators Burton’s, around 70 percent of Jammie Dodgers are actually consumed by adults! Finally, we can enjoy these tasty treats without worrying that they’re not ‘grown-up’ enough! 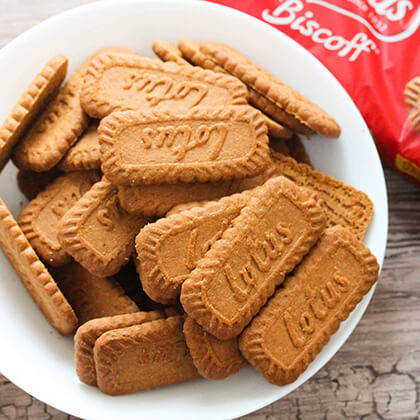 While many of the biscuits on our list may be the perfect addition to a lovely cup of tea, the Lotus Biscoff biscuit is better paired with a coffee. In fact, they go so well together that you will often be given one alongside your brew when in a coffee shop. The thin, crunchy, caramelised shortcrust biscuits with a hint of cinnamon, make Biscoff wonderfully unique in flavour and the perfect partner with your coffee. While perhaps a bit ‘fancier’ than our humble British biscuits, we still think these Belgian offerings are worthy of being on this list.

Cadbury’s Dairy Milk Chocolate Fingers exist right in the sweet spot between biscuit and chocolate bar as the ratio of chocolate to biscuit is pretty close. Luckily, they’re considered a biscuit – which we think means it’s acceptable to eat more than one! These skinny sticks of biscuit are smothered in Dairy Milk chocolate and are ridiculously moreish. The main challenge when enjoying these is to not eat the entire box in one go! 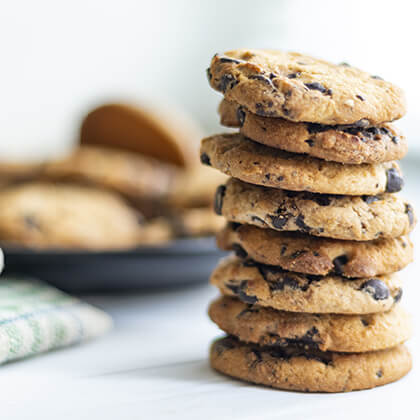 While Maryland definitely didn’t invent the chocolate chip cookie, their version has proven to be an incredibly popular biscuit choice in Britain. These crunchy, bite-sized cookies feel far less decadent than their larger and softer American-style counterparts and can be dunked into a hot drink without crumbling under the pressure.

What do you think of our list, were there any missing? Which is your favourite? Let us know in the comments below!