UK vs US Food – What’s the difference?

Many people tend to consider American products to be on the less-healthy side compared to our British equivalent products. So, with that in mind, we wanted to get to the bottom of it and find out once and for all which country’s products are better for you. To help us find out we have compared the nutritional information of some of our favourite products with their American equivalents!

So, with our bunsen burner in hand and lab coat on our back, let’s explore the differences between the products on our home soil and the ones across the pond with our American counterparts. 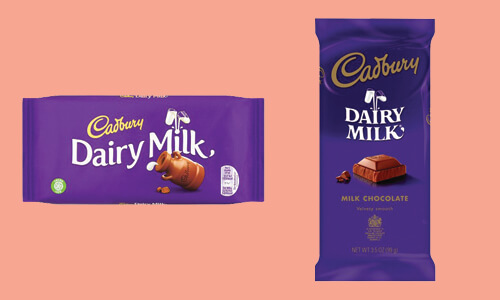 When it comes to Chocolate, we are sure most of us can agree that Cadbury is the superior brand. Cadbury has been providing gloriously silky chocolate to our lovely little island since the early 1800s. Cadbury’s was loved by us so much that the Americans wanted a piece of the action, and they finally got their square of the bar in the late ’80s. However, although many of us assume that the Cadbury’s we love here must be the same everywhere – that isn’t actually the case. Surprisingly enough, picking up a bar of Dairy Milk in the States may have a small benefit for your waistline. Per gram, our choccy bars have approximately 10-15% more calories, salt, and fat! However, it does come at a cost – the American version comes with roughly 10% more sugar and a couple of extra E-numbers in the form of Lecithin and PGPR… no idea what these are? Yeah us neither… 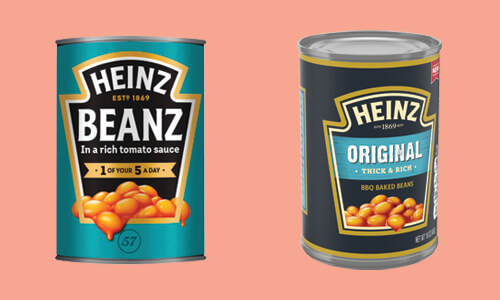 Another absolute favourite of Brits, and for our counterparts across the North Atlantic, are Heinz Baked Beans. The classic dish – enjoyed at all times of the day – has been gracing our plates with its presence since the early 1900s. Although we have both been enjoying our beans on toast (or as the classic side at a barbeque for our American friends) our nutritional information has taken a very different path. Chowing down on the exact same portion of Heinz Beans will literally cost you double the calories and fats if enjoyed in the land of the free – plus a staggering 300% increase on the amount of sugar! However, there is one small saving grace for the Statesmen which is a 50% reduction in salt. Although, we think we may stick with our non-sweet, slightly salty baked beans going forward. 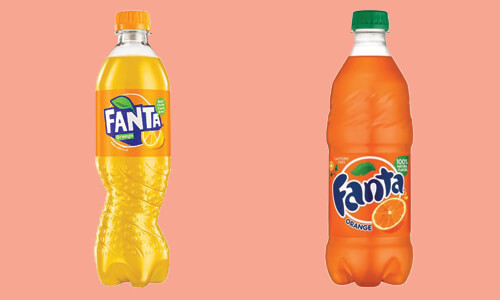 This fizzy soft drink interestingly enough started as a competitor for Coca-Cola during the 1940s. However, the iconic orange version we love wasn’t invented until the mid-1950s in Naples, Italy. When it comes to fizzy drinks, we all know we aren’t putting the healthiest of things in our bodies. But, sometimes we cannot resist that fruity fizzy goodness! Looking at the ingredients and nutritional numbers between the UK and USA version – it is safe to say that the UK version runs circles around the version sold across the pond. This same product contains nearly two and a half times the calories and sugar per 100 ml in the States! Furthermore, and arguably even scarier, the US version contains the food colouring’s Yellow 6 and Red 40 – both of which are considered to potentially be cancer-causing substances and are banned in the UK… Yikes! 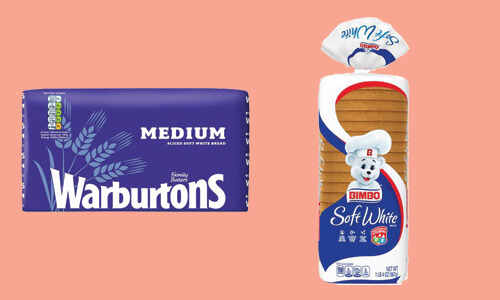 Any Brits who have been Stateside will have given American store-bought bread a try and very likely thought – “Wow, this is sweet!”. But just how sweet, is the question we asked – and the results are rather shocking. When comparing both of our most popular bread sold across both our nations – Warbuton’s and (to us) the slightly bizarrely named Bimbo bread. Our neighbours baked equivalent tops out Warburton’s numbers in every category we compared. Per 100 grams our American counterparts will be getting nearly 300% of the calories, fats, and saturated fats compared to the British bread of choice. Furthermore, the sugar levels are insanely high at 500% more! So to answer our question – American’s most certainly pile on the sugar when it comes to their loaves! 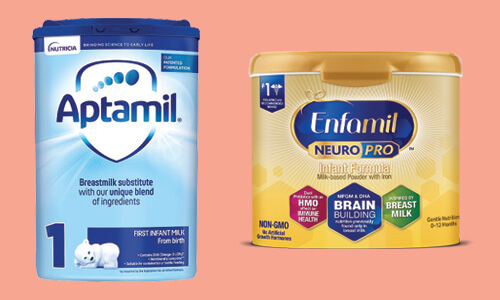 When it comes to feeding our babies, there is no right way. For many mothers, and for many reasons, formula feeding is how they provide their bundle of joy with all the nourishment they need. But, what difference can you expect in terms of nutritional value when comparing the UK’s and USA’s most popular baby formula products? In terms of the released figures, there is a minimal amount of difference between the fat content – approximately 10% more for the version in the States. This, however, does not affect the number of calories, with both coming in at 66 kcals per 100 grams. The one (and potentially most concerning) difference is actually down to how this information is reported. Here, in the UK, we publish the sugar content for our baby formula which comes in at around 7 grams of sugar per 100 grams of product. Enfamil on the other hand, do not publish their sugar content figures! As much as we hope this is due to the sugar content being negligible, based on all the other products we have looked at – we imagine this isn’t published because it is on the higher end than our British equivalent. 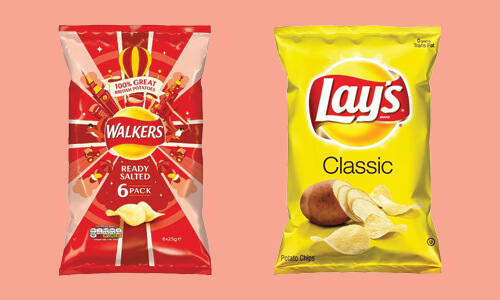 Walkers are by far our wonderful little Nation’s crisp of choice. Walkers were acquired by the American brand Lays in the late 80s. Therefore, what a perfect comparison to make. Whilst “crunching” the numbers we found that there are only two notable differences when it comes to the nutritional figures. Firstly, our potato-based snack has over double the salt content of our American counterparts. However, this is met with Lays containing double the number of saturated fats! So in all honesty, we are not too sure who takes the title of best/healthiest crisp when comparing the UK and US’s favourites!

From comparing these figures, there seems to be a trend amongst all of these widely varying food products. Out of all 6 comparisons, every American product had anywhere between 110% and 500% more sugar compared to our little island’s equivalent. This could, unfortunately, be quite a large contributing factor when looking at health statistics across the pond. In the States, obesity and diabetes figures come in around 42% and 8.2% respectively – which is quite a lot higher than our 28% and 6%.  However, there appears to be one saving grace for the American products, there is one category where we nearly top the scales of every product compared – salt!