The Origins of the Chocolate Easter Egg

We’re all familiar with the chocolate Easter egg

We’re all familiar with the chocolate Easter egg. For many of us, it’s the chocolaty highlight of the year (us included)! There’s something about the hollow, smooth chocolate that makes it so moreish. When we think of Easter, we think of eggs, visits to church, slathering butter on hot cross buns and cute little bunnies.

You might find it bizarre that chickens’ offspring have come to be associated with the resurrection of Christ, but there is a sensible reason behind it – and we’re here to give you a brief history on why! Hint: you can’t talk about the origins of the chocolate Easter egg without mentioning national treasure, Mr John Cadbury.

Easter and the Egg 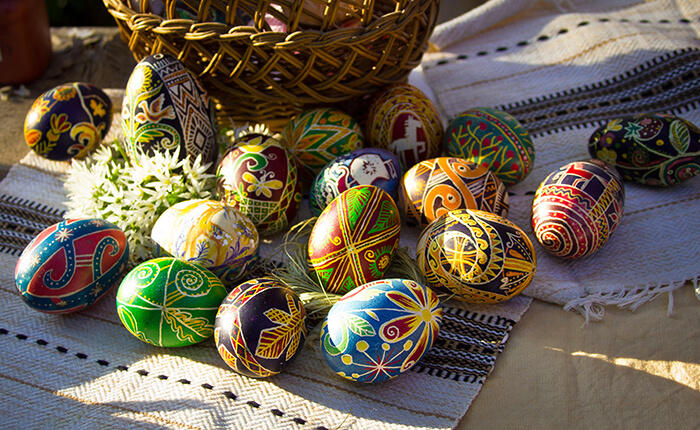 The egg has been a symbol of fertility for a long, long time – before Christianity was an organised religion. Greeks, Romans, Egyptians and Persians all used dyed eggs in their spring celebrations – then when Christianity spread through Europe, it was only natural that they absorbed this pagan symbol of new life to represent the resurrection of Christ.

How did Chocolate get Involved? 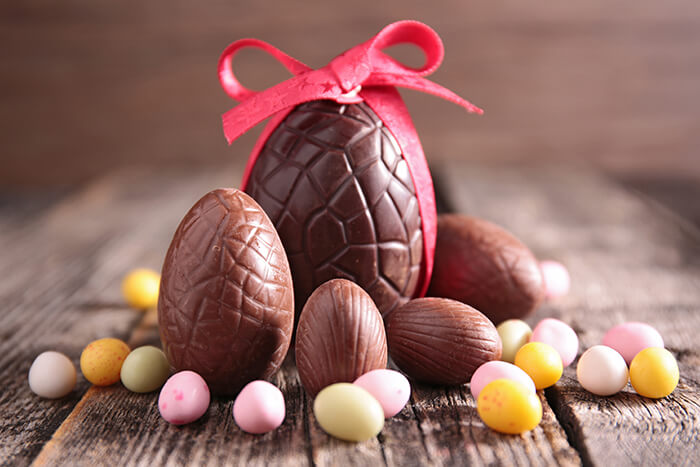 We know that the tradition of painting eggs has been around for thousands of years, but it wasn’t until the 17th and 18th centuries that egg-shaped toys (often filled with sweets) were sold and given to children at Easter. No one really knows who invented the first chocolate egg, but these confections first started appearing in the early 19th century in France and Germany. Unfortunately for those around at the time, they weren’t the tastiest – the first chocolate eggs were actually made from solid dark chocolate which was grainy course and bitter (no thanks).

Cadbury’s to the Rescue

This may be hard to believe, but chocolate hasn’t always been delicious – we know, OUTRAGE! Many years ago, chocolate contained 50% fat, making it hard to digest and not terribly palatable – until John Cadbury walked onto the confectionary scene to save the day. In 1866, Cadbury chocolate company imported a revolutionary chocolate press that would cut out HALF of the fat content, resulting in a much smoother and better-tasting dark chocolate. This press also allowed chocolate to be easily moulded. This game changer allowed Cadbury’s to release their first line of chocolate Easter eggs in 1875, hollow and filled with sugar almonds. 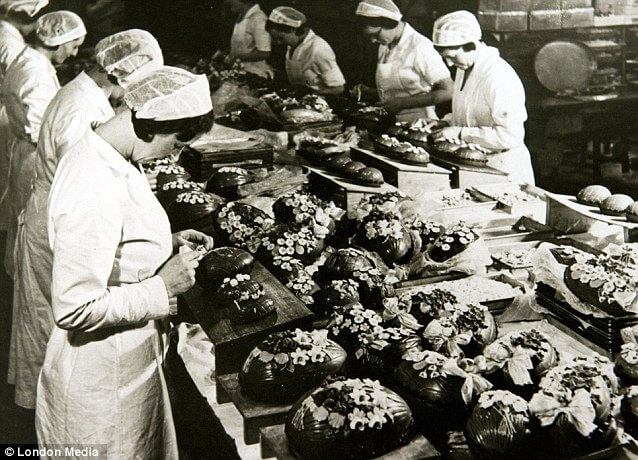 Image from the Daily Mail

As we all know, Cadbury eggs are still incredibly popular today. You can, however, get your mitts on chocolate eggs from countless confectionary companies. In fact, 80 million Easter eggs sold each year in the UK alone. So, whether you like Easter egg hollow, solid, filled with crème, cheap and cheerful or gourmet – you’re not going to struggle to find the perfect Easter egg for you! Just be grateful that we’re not stuck with the bitter first edition Easter eggs!